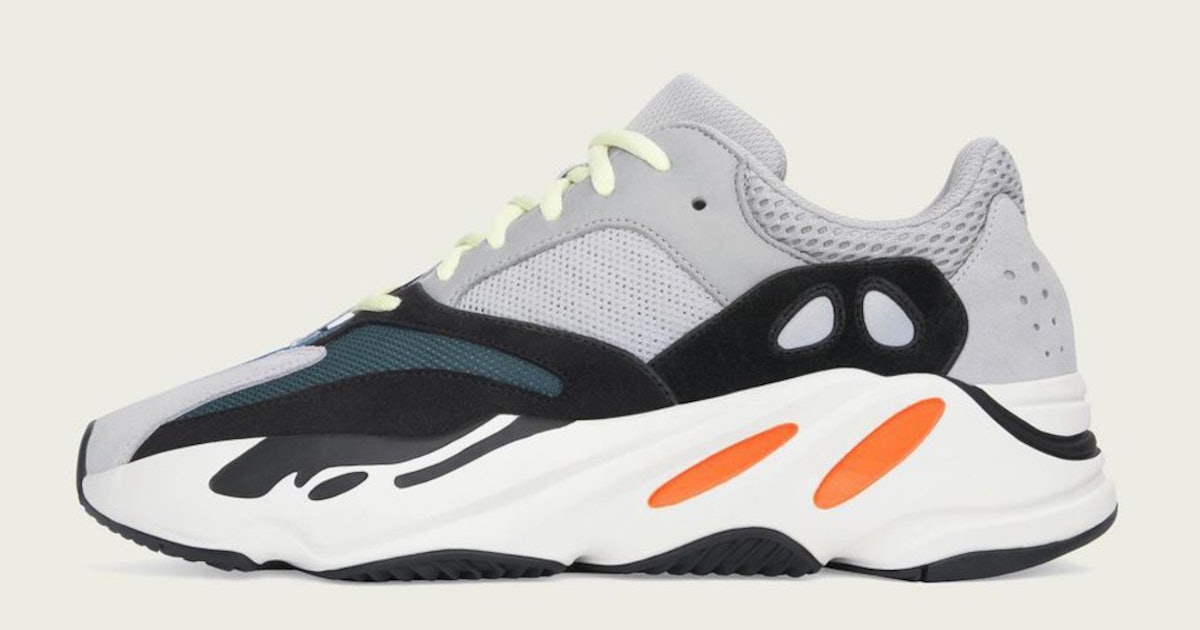 Adidas Might Restock One of Kanye’s Best Yeezy Sneakers

With a slew of options to choose from, the Yeezy Boost 700 is still one of Kanye West’s best sneakers from Adidas. It’s quirky but easy to wear, extremely comfortable, and hit the start of the dad shoe trend. The silhouette’s original “Waverunner” color scheme is almost iconic at this point, and it should make a triumphant return very soon.

According to Sneaker News, the Yeezy Boost 700 Waverunner will be restocked in March. Adidas has been generous enough to restock nearly every Yeezy sneaker, and next month would mark the fifth opportunity to grab West’s best shoe in the lineup. But even if the rarity decreases less and less every year, the magic of the Waverunner remains.

Most of the color variants for the Yeezy Boost 700 V1 have been earthy and solid, but the Waverunner is much more vibrant with teal, orange, and neon yellow accents breaking up the gray, black, and white makeup. Subsequent silhouette makeovers with the V2, V3 and MNVM have brought no real improvement, but the V1 Waverunner remains a leader in the chunky shoe movement that still shows no signs of slowing down.

The “Waverunner” is practically vintage – After two years of releasing the Yeezy Boost 350 and 350 V2 in several different color variations, the Yeezy Boost 700 launched in 2017 and marked a shift from sock-like kicks to more standard sneakers. A mix of suede and mesh on the plush layered upper, while the massive midsole features Boost cushioning and an Ortholite sockliner is added for a level of comfort your dad or grandpa would approve of. .

The 700’s $300 price tag may have been hard to stomach at the time, but paying such a premium has since become a bit more standard for sneakers, both inside and outside of the Yeezy range. And while the 350 and its derivatives are still ubiquitous, West has continued to create more “proper” sneakers with the 500, Yeezy Boost 380, and QNTM silhouettes.

An exact date for the Waverunner’s return has yet to be confirmed, and Adidas could very well surprise us with a flash release anytime in March. You’ll want to keep your eyes peeled because the Yeezys don’t get any better than this.

The best running shoes for every type of runner

Is San Antonio’s FloatMe a Safer Alternative to Payday Loans?