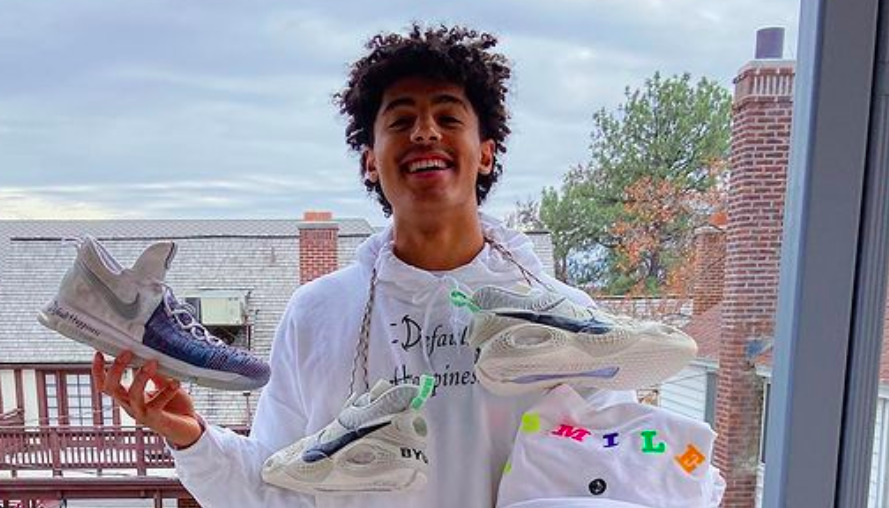 BYU’s student section roared when rookie Trey Stewart checked in with 1:24 left in the game to help the Cougars earn a convincing victory over Portland on Jan. 22.

Playing time isn’t guaranteed as a BYU athlete, and Stewart knows that. He also knows how to stay positive and happy despite looking forward to his time in the spotlight.

Stewart, a native of American Fork, joined BYU’s men’s basketball team this season after returning from service as a missionary for The Church of Jesus Christ of Latter-day Saints in Leeds, England. .

UVU was Stewart’s original destination, but his commitment to head coach Mark Pope brought him to Provo when Pope took the job with the Cougars.

“He’s going to be a great basketball player,” Pope said of Stewart. “He’s making huge contributions to the team at the moment and the fans have already witnessed some of the most athletic feats to come in the final moments of games.”

Stewart’s basketball journey has been full of defining moments like winning a 6A state title with his American Fork Cavemen and claiming a coveted spot on the BYU roster, but nothing more important than working to overcome his issues. of mental health.

Stewart began his battle with mental health when he was in high school. His success as an athlete wasn’t outright and he struggled to play a few games off the bench as a young freshman.

Through it all, Stewart learned the art of resilience and positivity while pushing herself to greater heights, including becoming a business owner.

“Life can get tough, but I just want to be a source of positivity for others and inspire people,” Stewart said.

He shares his message with others by selling shirts and hoodies designed with smiley faces and the words “happiness” and “smile” in colorful block letters.

“The shirts say something simple like ‘happiness’ or ‘smile,'” Steward said. “It’s a simple message but someone can see it, and that’s positive.”

While the clothes he designs are a culmination of Default Happiness’ mission, that’s only half the story. Stewart also creates custom shoes for teammates, coaches, fans, and anyone who wants a personalized message with them through every stage of life.

Stewart even appeared as a guest on a recent episode of BYU Basketball with Mark Pope and treated longtime BYU broadcaster Greg Wrubell to a pair of kicks.

The shoes feature multiple nods to Wrubell’s life and career, including a microphone associated with the words “Voice of the Cougars”, a red maple leaf that honors his Canadian nationality and the symbol of the autism in honor of his son.

“Trey is clearly as kind as he is talented,” Wrubell said after receiving the shoes. “It shows who he is and how he loves to spread joy and it’s no surprise that his company logo, Default Happiness, is a smile. He always smiles and he brings smiles into other people’s lives.

Stewart knows his ability to create happiness and inspire positivity will carry him through life and far beyond basketball.

Her future goal is to use her love of shoes and gratitude for sports psychology to impact young people who participate in sports.