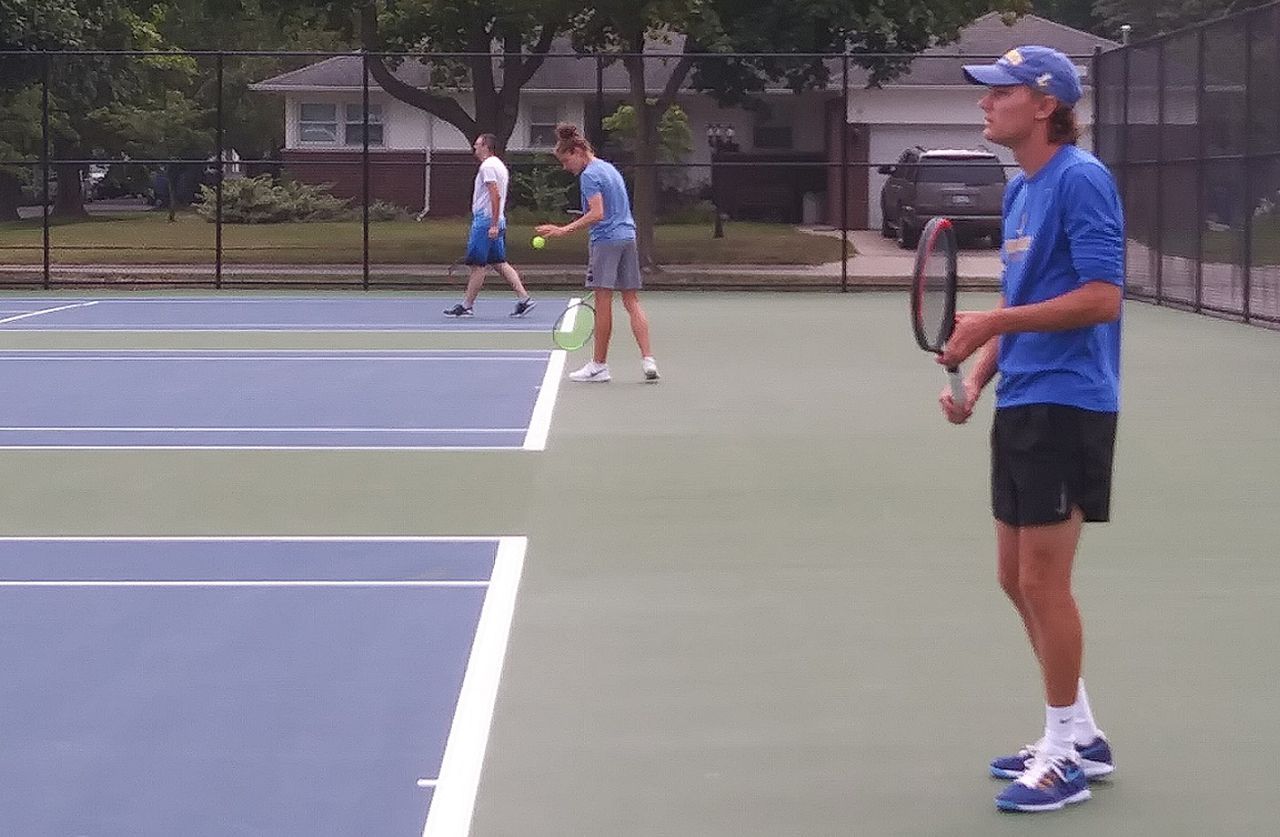 And Essexville tennis coach Garber was anxious to see if he could heed his own words.

Collins went from coach to competitor, joining the scrum for the sixth annual Bay County Tennis Championship and the Alex Burke Memorial during the weekend’s action at Jopke Courts.

“It’s nice to put on the competition shoes for once,” said Collins. “Instead of feeding bullets all the time, it was good to hit a few.”

The tournament produced more than 100 singles and doubles matches on Saturday and Sunday at the new Bay City tennis complex on Park Avenue. Tournament organizer Joe Ricard said players came from as far away as Seattle and Phoenix to participate in the tournament.

“The number of participants was greater and the quality of the competition was by far the best we have ever had,” said Ricard. “Obviously everyone loves tennis, so there was no problem, no complaints. It was two fun tennis days.

It was a memorable final day of the offseason for Collins, who was back on the pitch early Monday morning for the first day of fall sports training. His players, perhaps, saw him in a new light after knowing he was now a Bay County champion.

Collins teamed up with former Garber player Logan Brown to win the men’s doubles championship, but with a little help from current Garber player Kaleb Whisman.

Collins also competed in the mixed doubles division with Sunni Hartwell and had four games to his name in the men’s doubles final. He gave way to Whisman, who helped win the title.

“I delayed the whole tournament so I retired from the men’s doubles,” said Collins. “I might have a little more than I can chew on. I wasn’t physically exhausted, but I had put my whole heart into it by then, you could say. “

“It’s nice to play with some of the former players and to have the chance to see how they have grown in the game,” said Collins.

Whisman made it a day of two titles, teaming up with Garber teammate Zach Goetz to win the boys’ doubles crown. They beat Bay City Central twins Tong Da Wu and Tong Xing Wu in the final.

Collins wasn’t the only coach-turned-player enjoying a banner weekend in the Bay County Championship. Bay City Central women’s tennis coach Jane Klawon also won a title by winning the women’s singles division. She also teamed up with Kim Biskup for second place in the women’s doubles, losing to Katy Young of Saginaw and Jennifer Nowosatka in the final.

The tournament was played in a pool format, giving most players a chance to participate in four matches. It’s a big draw for the tournament, Ricard said, noting that many players have traveled here for the chance to compete.

“It’s really nice to have people from outside the area and show them what Bay City has to offer,” said Ricard. “Not only our beautiful tennis complex, but share Bay City with them.”