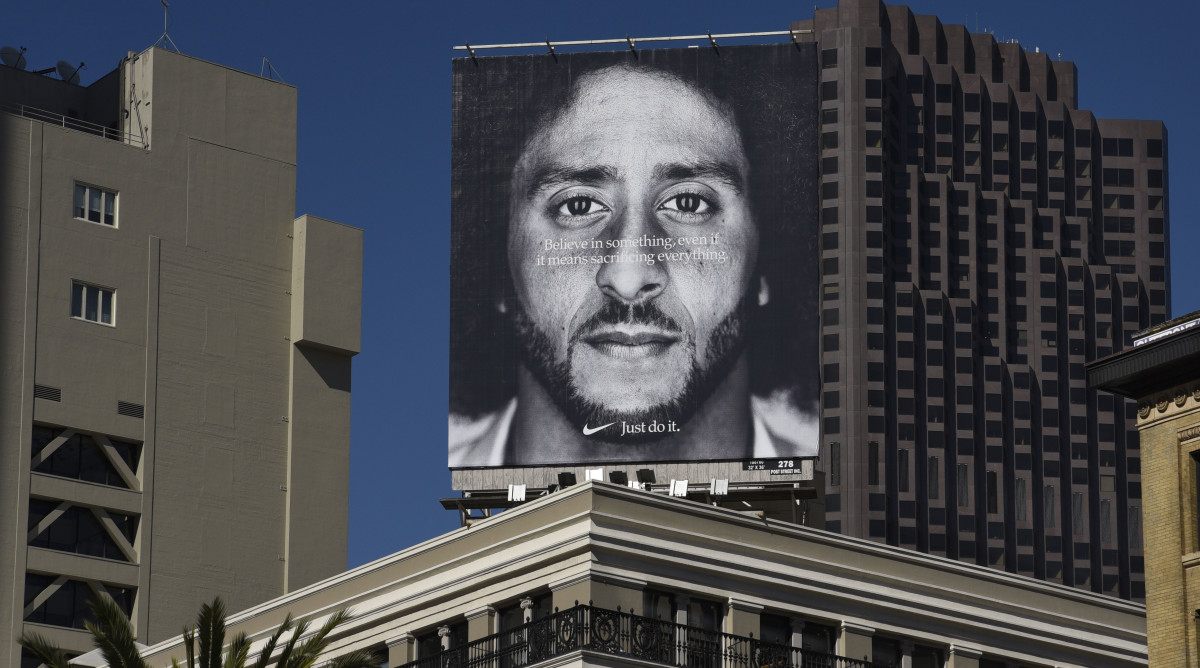 According to the WSJ, Nike had planned to put the Air Max 1 USA on sale this week, with the first flag designed by Betsy Ross. The design included 13 alternating red and white stripes and 13 stars to represent the original American colonies.

“Nike chose not to release the Air Max 1 Quick Strike on July 4 because it featured the older version of the American flag,” a Nike spokesperson told the WSJ.

Kaepernick, who is the face of the company’s 30th anniversary “Just Do It” campaign, has reportedly contacted Nike over concerns that the design could be considered offensive because of its association with an era of slavery. According to the WSJ, the flag has also been used by some extremist groups opposed to increasing diversity.

A former 49ers quarterback, Kaepernick made headlines after he began kneeling on the pitch during the national anthem in 2016 to draw attention to racial inequality. Since then, he has become a polarizing figure and has gone from an NFL quarterback to a staunch advocate for social justice.

In February, Kaepernick and his former teammate Eric Reid settled a lawsuit alleging the NFL colluded to keep him off the pitch for their political activism.