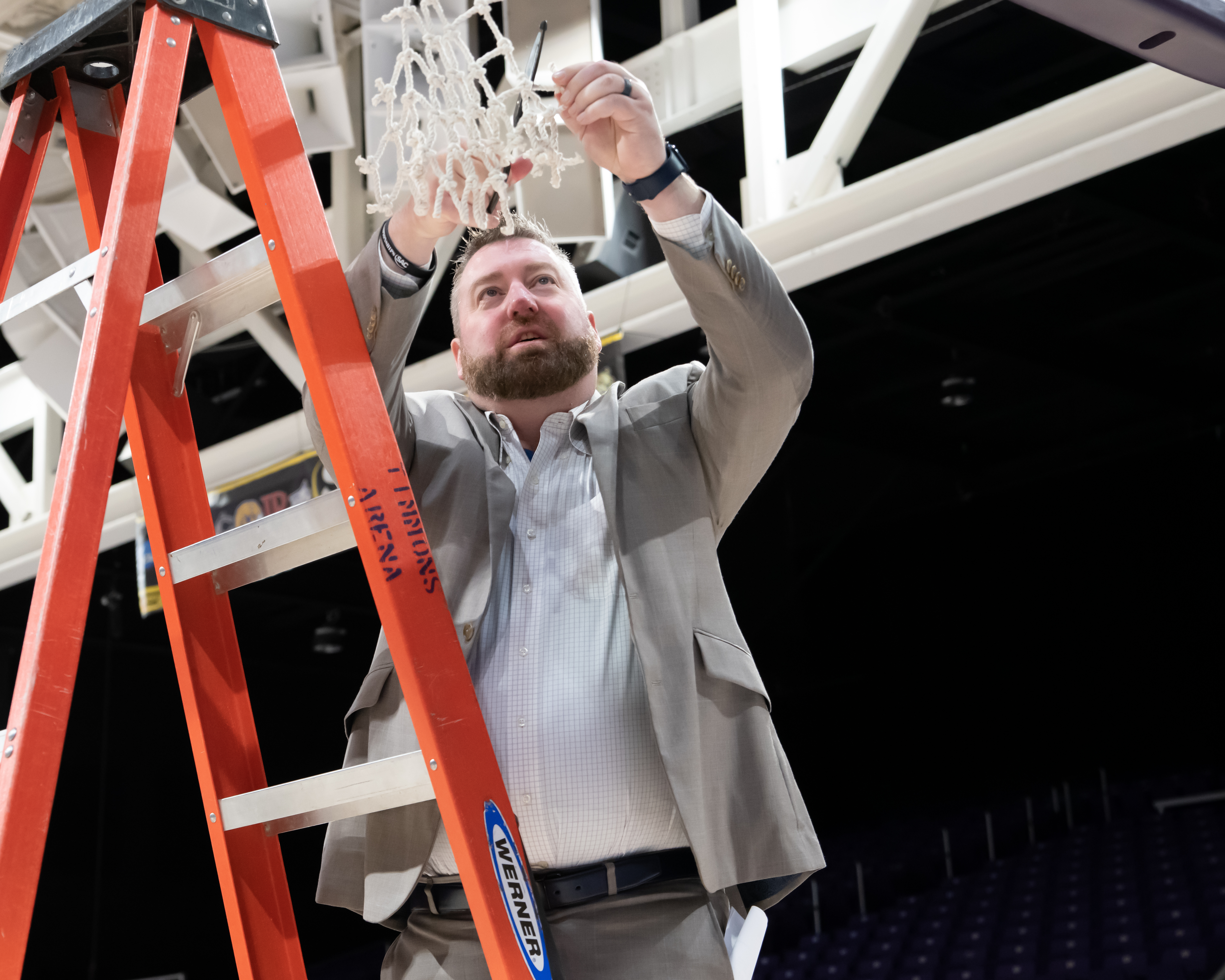 Grant Leonard, for the first time as a college basketball head coach, is one of the top Division II programs in the nation.

Leonard, who was promoted to Queens’ top job last week, has been coaching for 18 years – half of them with the Royals – and has been an associate head coach since 2016. He will be the sixth head coach in history. of Queens men’s basketball, after Bart Lundy, who was hired from Division I Wisconsin-Milwaukee.

“My family and I could not be more honored to have the responsibility of supporting this prestigious program,” Leonard said in a statement. “The foundations were laid by former student-athletes and coaches and they set the tone for the championship; we will continue to build on this with a focus on hard work, character, integrity, tenacity and development.

In addition to Queens, Leonard has been the head coach and general manager of the D2 basketball tournament team since 2019. TBT is a 64-team knockout tournament that offers a grand prize of over $1 million. dollars. Leonard’s teams have qualified for the Round of 16 or better every season.

“Grant has been instrumental in the development and critical to the success of our basketball program over the past nine years,” said Queens Athletic Director Cherie Swarthout. “He has remained loyal and committed to the process of transforming the Royals into a championship and a nationally relevant program. His analytical approach combined with his ability to build relationships will continue to propel us forward.

Leonard has been integral to Queens’ success, with the Royals going 189-37 over the past seven seasons and nationally ranked in the top 25 in 111 of 112 polls dating back to November 2015. They have been in the top 10 each of these seasons. , peaking at No. 1 in January 2018 in addition to earning seven consecutive places in the national tournament.
The 2021-22 squad, which won 30 games for the fourth time in six years, tying its Sweet 16 appearances during that span.

Queens has twice qualified for the Elite 8 (2018 and 2019) with Leonard on the sidelines in addition to three South Atlantic Conference regular season titles and two tournament wins.
Leonard, who has worked at five schools in all three NCAA divisions, came to Queens from Division II Paine College (2011-13) where he served as first assistant coach, scouting coordinator, director of skills development and defensive specialist at SIAC school.

In his first of two years with the Lions, Paine had a winning season for the first time in seven years and finished second nationally with seven blocks per game.
Leonard’s previous practice stops include Flagler College (2009-10), Texas-Pan American (2006-09) and Washington College (2005-06).