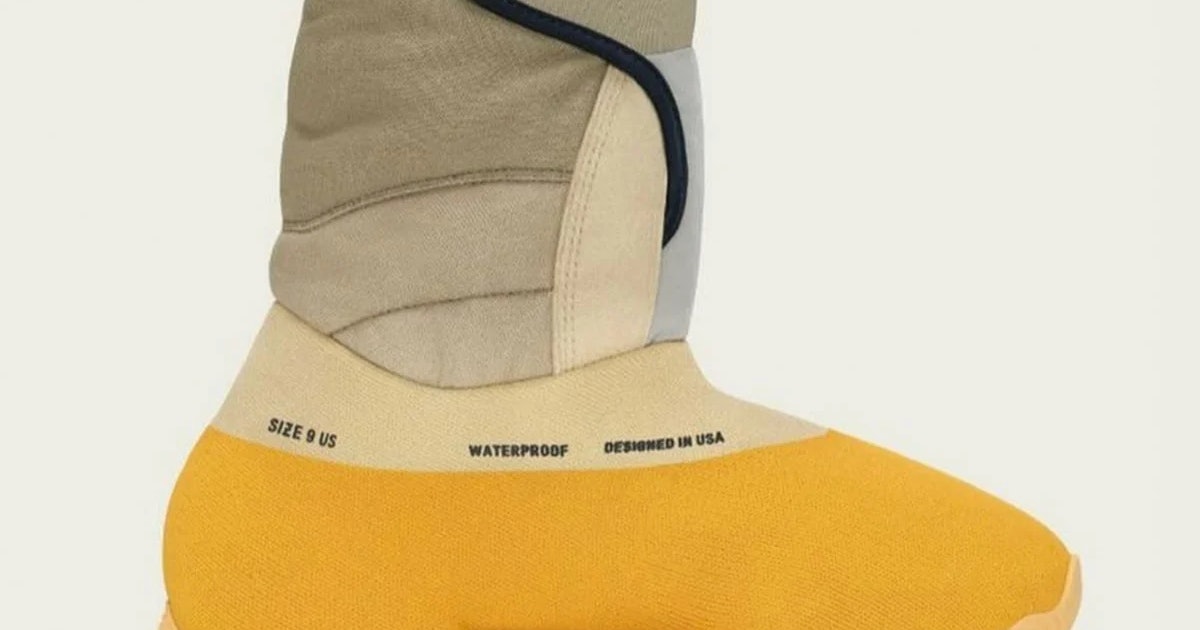 Now that Crocs have made rubber clogs generalized, Yeezy is ditching his Foam Runners for another series of shoes that divide. The brand’s Knit Runner, which was originally discontinued in September, is making a comeback in boot form, adding an extension to the top of the slipper similar to space boots or an orthopedic brace.

The Knit Runner Boot debuted as part of the Yeezy Season 8 2020 showcase in Paris, and has since been seen on Kanye West – now just Ye – on several occasions. It sports a meatier outsole than its original counterpart, as well as a high ankle strap, but consider Kanye’s name as the boot’s main selling point. We’ll admit that even perforated foam runners are better than these.

Not trendy, but functional – Appearances aside, functionality takes over. Insulation around the top half ensures heat is retained, while a Velcro ankle closure system allows for easy on and off. A heavy yellow midsole accompanies a jagged outsole, ensuring grip and comfort when walking in bad winter weather – though anyone who buys the Yeezy boot is unlikely to wear it, let alone home.

Showcasing the same “Sulfur” yellow as the Knit Runner, the base of the Knit Runner boot is contrasted by a two-tone beige upper half. How (or why) Yeezy’s designers came up with the upscale styling is unclear; the boot looks like something a baby astronaut would wear. Still, it should cost $ 250 and will likely sell for hundreds more. Has the streetwear market gone too far?

Who knows when you will have them – As Adidas and Yeezy busy releasing (and re-releasing) several models over the next few weeks, no official announcement has been made on when the Knit Runner Boot may drop. Rumors suggest the slip-on will launch on November 13 – but if you’re lucky enough to pick them up, it’s unclear when they can be delivered.

Yeezy is currently the subject of a lawsuit in California for failing to deliver its products within 30 days, as well as failing to notify customers of the delay. If you are hoping to gift someone with something from the brand, you might be better off buying it for resale; you’d also better choose a shoe other than the Knit Runner Boot.

These stylish sneakers are truly steel-toed work boots in disguise