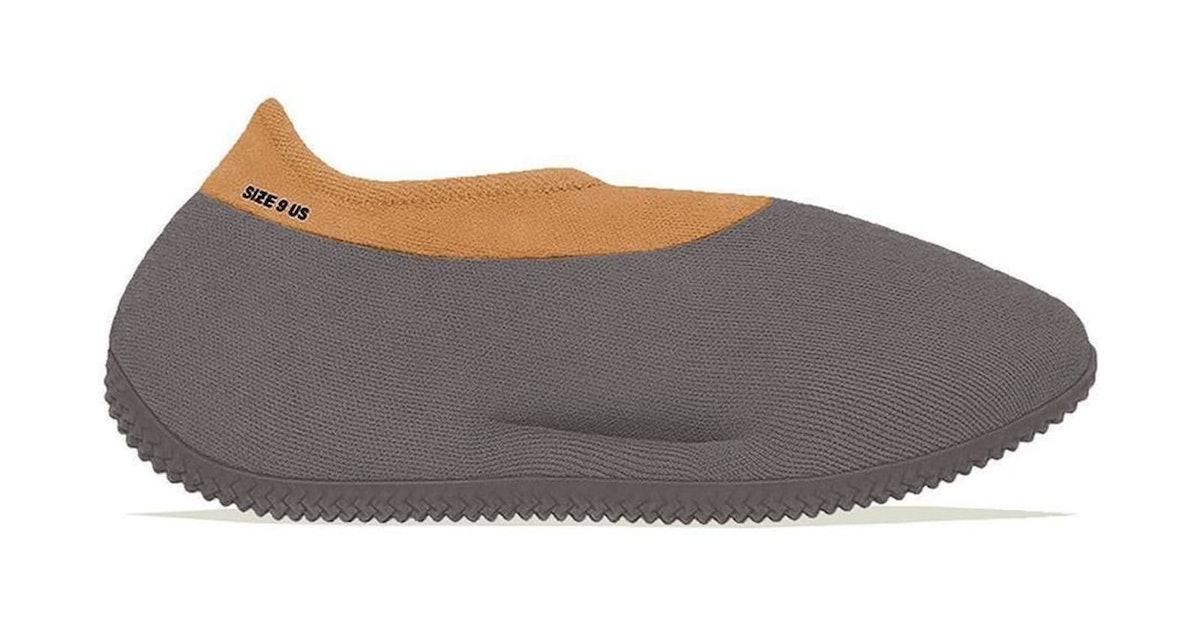 Kanye West’s Yeezy line has been busy for the past few months, teasing a handful of new styles for winter. After debuting its sock-like Knit Runner model in a “Sulfur” colorway, the brand now plans to release another version of the shoe in “Stone Carbon,” an understated gray with yellow accents.

The Knit Runner, designed as a cold weather alternative to the perforated Foam Runner, can best be described as the hypebeast’s Ugg boot. Although much more limited and harder to obtain, the Adidas Yeezy Slipper offers similar comfort and easy styling, as well as a chunky look. Promoted by Ye himself, the Knit Runner is less likely to be associated with Starbucks and skinny jeans – but its hypebeast counterparts like Aimé Leon Dore lattes and Yeezy x Gap hoodies make up for that.

Slip into something more comfortable — Leaked images from Yeezy Mafia detail the new Knit Runner, which still features two-tone detailing. The majority of the slipper is filled by the gray “Stone Carbon” shade, while the dark beige collar features the respective shoe size. Like most Yeezy models, branding is kept to a minimum, tonally visible on the outsoles and stamped on the insole.

With an upper made from a single knit panel, the Knit Runner encapsulates warmth and allows for easy on and off access, much like an Ugg boot. A slight midfoot boxing and matching gray herringbone pattern outsoles help shape the shoe to the wearer’s foot and provide traction, though the Knit Runner is presumably a house slipper. If Yeezy fans want to wear their shoes outside the home, they can explore the brand’s Knit Runner Boot – which is exactly what it sounds like – or its NSTLD Boot, a padded boot already modeled by Justin Bieber. .

Give up next year – Yeezy has a growing slate of shoes releasing later this year, pushing the release of the gray Knit Runner to 2022. The “Stone Carbon” iteration is set to launch worldwide next February, marking the model’s first release. outside the United States. The pairs will be available on the Yeezy website, as well as select Yeezy retailers, for $200 – provided you’re quick enough to pick up a pair at retail.