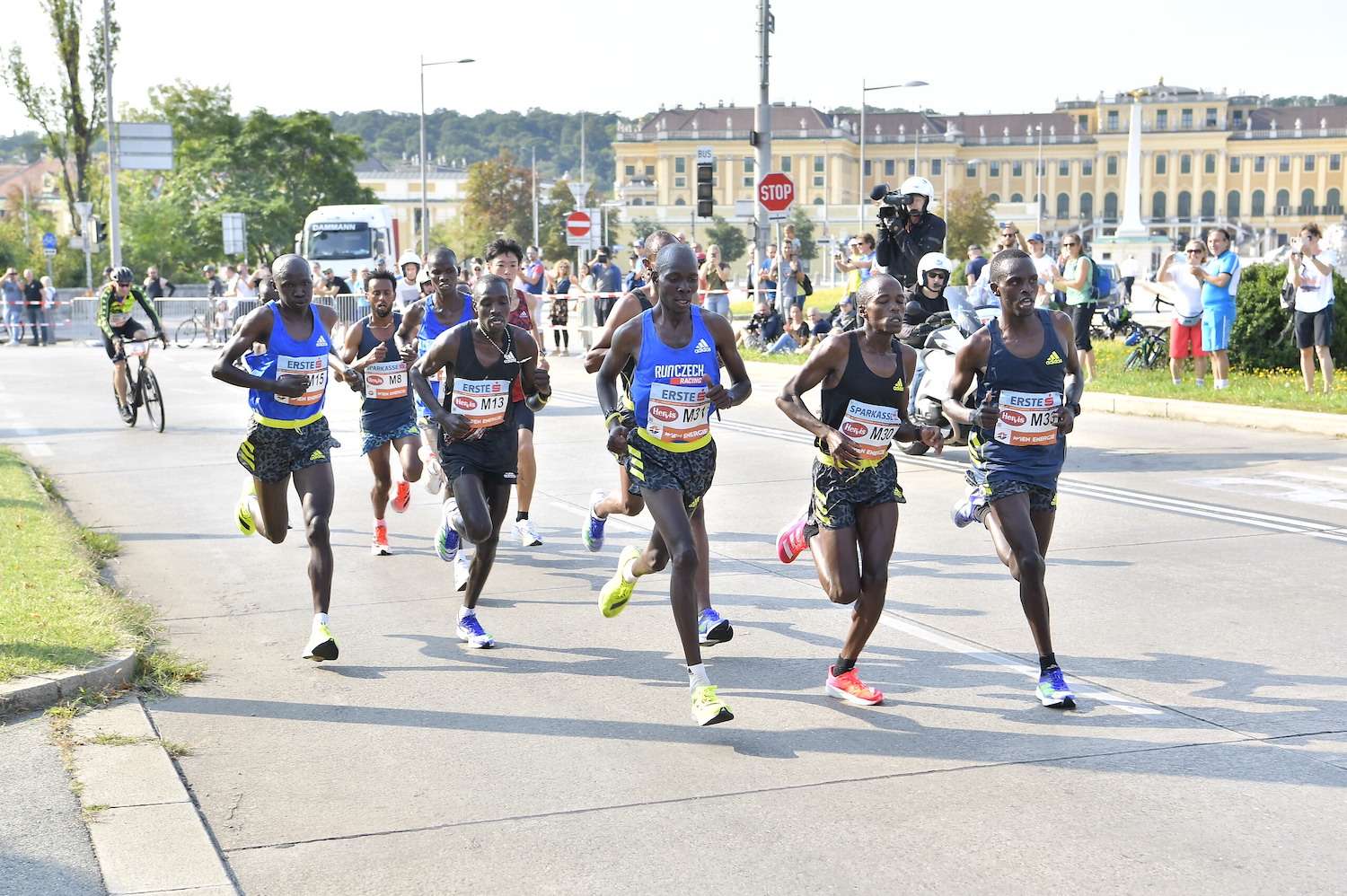 On Sunday, the Vienna City Marathon produced two breaking news stories with completely different content and neither of them were about records: the race became the world’s first major marathon with a strong elite international peloton and a mass race since the start of the Corona pandemic, then ended with a disqualification of the runner who crossed the line first. Ethiopian Derara Hurisa wore shoes that did not comply with the rules. As this is the first time such a disqualification has occurred in a major marathon, Kenyan Leonard Langat became the winner with a time of 2:09:25. A debutante was the surprise winner of the women’s race: Kenyan Vibian Chepkirui ran in 2h24’29 “. On a day when temperatures reached around 25 degrees Celsius in the last part of the race, hopes for a record shot up. passed out in the second half of the marathon.

In total, the organizers registered around 26,000 registrations from 126 nations for the various events. 6,000 of them were marathon runners. Some events had already taken place on Saturday. In a 10 km race, Julia Mayer broke the national record with a time of 32:54, becoming the first Austrian woman to beat 33:00 minutes. Andreas Vojta won the men’s race. The Austrian improved his personal best to 29:03. The Vienna City Marathon is a Label Road Race of the international athletics federation World Athletics.

Less than 45 minutes after breaking the finish strip in the heart of Vienna in 2:09:22, Derara Hurisa looked utterly distraught, sitting on the sidewalk in the finish area between the Vienna Burgtheater and the impressive city hall. He had just learned that he was disqualified because the soles of his shoes were one centimeter thicker than allowed. The soles of road running shoes should not exceed four centimeters in thickness. Hurisa worked with a model that has a sole thickness of five centimeters. It is said that he chose the shoes for running because he used them in training and believed they were within the rules. 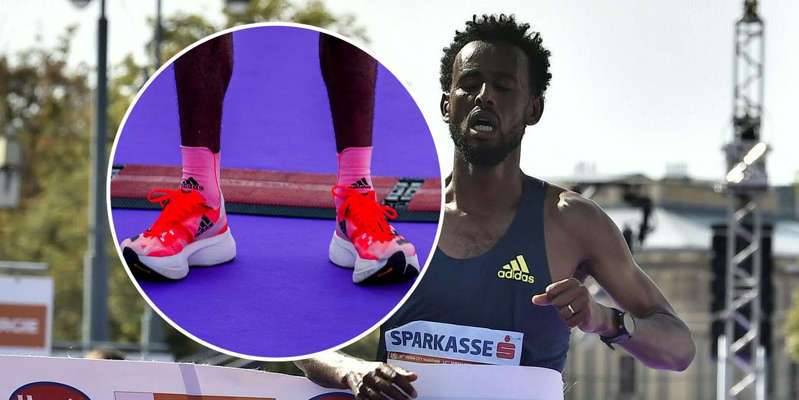 The organizers explained that each runner or his manager had to fill out a form in which he had to name the model of the shoe he was going to wear. On Hurisa’s form, a shoe was named that meets the rules. For some reason, on race day he wore a different one. „We also underlined during the technical meeting the rules concerning the footwear. Unfortunately, we had no choice but to disqualify the athlete, ”said Hannes Langer, one of the Vienna City Marathon’s elite race coordinators. “This is the first time that something like this has happened. And I’m pretty sure from now on there will be some form of control to prevent something like that from happening in a major race. ”

Of course I would have preferred to break the strip, ”said Leonard Langat, who became the winner and clocked under 2:10 for the first time. “I had no idea of ​​the disqualification until they told me. It was of course my goal to win and I thank God for finally doing it. It was a good race, but the heat was a problem. While the lead group had passed the half marathon in 63:41, the 30 km of 1:30:33 still showed a finish time of around 2:07:30. However, when the last pacemaker gave up at 30 km, the race became much slower and more tactical.

Once the Japanese Kento Kukutani, who came back from behind, reached the top group with Kenyans Leonard Langat and Samwel Kiptoo as well as Ethiopians Betesfa Getahun and Derara Hurisa, the pace picked up again. Kukutani and Kiptoo were quickly let loose as the other three battled for victory. Hurisa had the best sprint, but with illegal shoes. It was therefore Leonard Lagat who became the champion of Vienna.

The leaders were well inside the course record of 2:22:12 for long parts of the race. Vibian Chepkirui and Ethiopians Meseret Dinke and Gelete Burka crossed halfway in 70:47. Burka had recovered from a fall earlier in the race when she tripped at a zebra crossing where one section was slightly elevated. However, neither she nor Dinke were able to hold on to Chepkirui. At the 30 km mark, the Kenyan split time was 1:40:37 and she was already 33 seconds ahead of Dinke with Burka 20 seconds more. Although Vibian Chepkirui slowed down in the last section, her victory was never in doubt as the gaps behind her widened. “Without the heat I would have run at least two minutes faster,” said the 27-year-old. She finished in 2:24:29 and was well ahead of Ethiopians Meseret Dinke and Gelete Burka who clocked 2:25:31 and 2:25:38 respectively. Just over a month after a stunning 12th place in the Olympic marathon, Fabienne Schlumpf of Switzerland was fourth in 2:26:31.

Jane Rosenthal of Tribeca – Never without sneakers since September 11 – Deadline