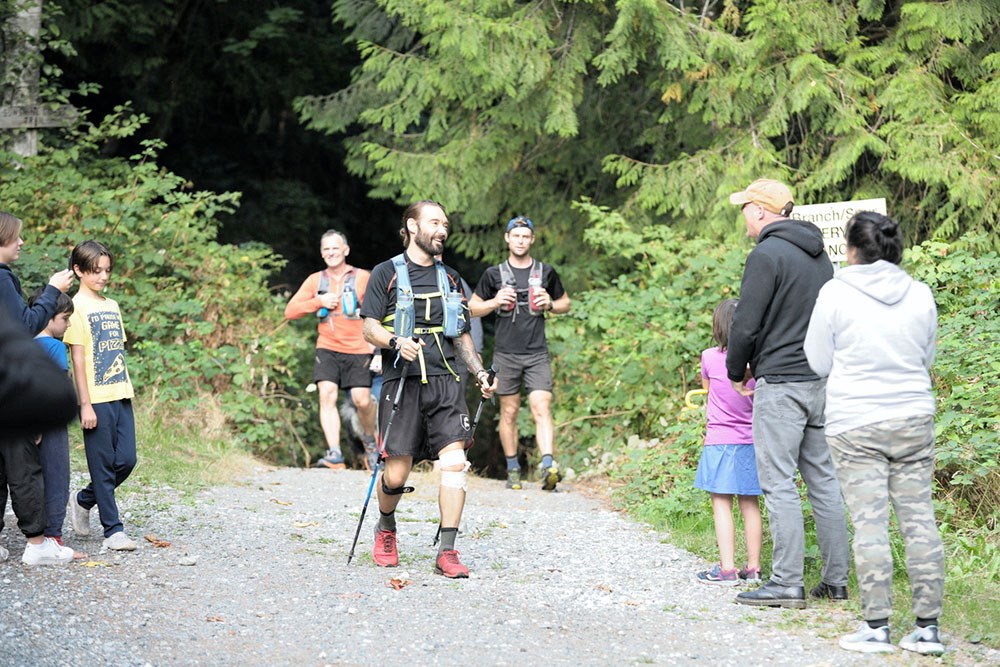 Sean Byrne’s personal goal was to complete the 180 kilometers of the Sunshine Coast Trail in one race. When the opportunity arose to tie this goal into a major fundraising effort, the resident of the qathet area was ready.

Ellen Byrne, Sean’s wife, started a group in May 2021 to raise the funds needed to be able to bring a refugee family into the community. The Qathet Refugee Sponsoring Group is working to raise $ 26,000, which is required by the Canadian government before covering the remaining costs of bringing a family to Canada.

Sean’s recent Sunshine Coast Trail run was the group’s first fundraiser and was successful in raising $ 5,930.

He started his run at 6 a.m. on September 4, from Sarah Point, just north of Lund, BC.

â€œThe community support and the family support was mind blowing,â€ said Sean. â€œI wasn’t expecting it, but it really helped me get through the tough times. “

Ellen and several other family and friends met Sean along the way. They brought in food, water, and extra supplies like trekking poles, which gave Sean’s knees some much-needed extra support towards the end of his run.

It rained the whole first day, so Sean changed his shoes frequently and tried to dry his feet at the aid stations along the way. â€œIt was impossible to prevent blisters,â€ he said. â€œBut it wasn’t that bad. I expected a mental block, but the support from the community really kept me going. “

Ellen said he smiled throughout the event, arriving at each aid station with a smile on his face.

“He had such a good attitude despite the challenges,” she added.

Sean said it was exciting to do something he never dreamed of being able to do.

â€œAt every aid station I was in, I can’t even believe I got this far,â€ he added. “The adrenaline and the support keep you going.”

Sean ran through the night with just headlamps to guide him and his leaders, one right in front of him to spot the trail and one behind to make sure he didn’t fall too far behind.

â€œThe leaders are basically making sure you take care of yourself,â€ Sean said.

His pacemakers made sure he stopped to eat, drink and stretch.

Sean described how the bats flew through the fog and the lights of their headlights at night, as well as the herd of elk that crossed their path at dawn at the foot of Tin Hat Mountain.

After running through rain, pain and darkness, Sean arrived at sá¸µelhp (Saltery Bay) after 35.5 hours.

Even though he trained for months and felt strong before the race, the distance and elevation was just too much for his knees. However, with plenty of rest for the first two weeks after the race, his knees recover.

â€œIt’s been about a month now and I’m just starting this week doing shorter runs,â€ he said in early October.

Once the sponsoring group has raised the necessary funds, it can begin the process of selecting and preparing for the arrival of a family, which would take between one and three months.

â€œWe would choose a family that we felt would fit in well with Powell River,â€ said Ellen. â€œIt means looking at what resources we have for them here and what their specific needs are. ”

For more information or to donate, email [email protected]