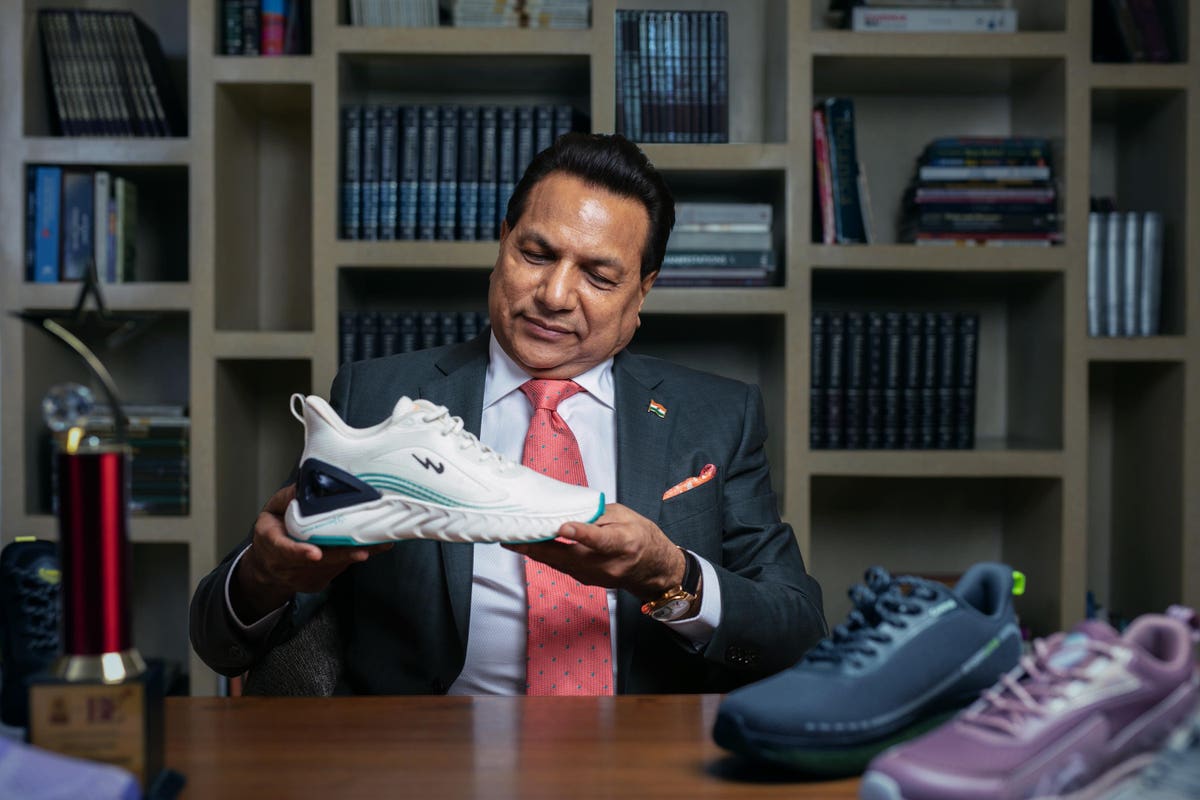 The IPO of Campus Activewear, which sells more footwear than Nike and Adidas in India, propels its founder into the billionaire club.

In a volatile week for its stock market, India has made a new billionaire. Delhi-based Campus Activewear founder Hari Krishan Agarwal, 66, has entered the three-comma club after his athletic shoe company’s stellar IPO. Campus Activewear shares are trading at a handsome 23% premium to the IPO price. Agarwal’s 74% stake is now worth around $1 billion.

India’s $9 billion footwear industry has spawned three billionaires in recent years. Delhi-based brothers Mukand Lal Dua and Ramesh Kumar Dua, who run the $350 million (revenue) Relaxo Shoes, which sells everything from casual sandals to dress shoes; and Rafique Malik, who went public with his $107 million (revenue) from Mumbai-based Metro Brands just last December. (Although Metro is listed at 13% off).

Agarwal’s encounter with entrepreneurship began in 1983 when he founded the sports shoe brand “Action”. In 2005, he launched “Campus” sneakers at prices below $10. Budget pricing has helped Campus make strides big enough to compete with global brands like Nike. , Adidas and Puma, which sell athletic shoes for over $35.

“It took advantage of the huge gap in the Indian sports shoe market – in the price range of $10 to $40,” says Campus CFO Raman Chawla.

An April 2022 report by Gurgaon consulting firm Technopak notes that in FY 2021, Campus was India’s largest player in the branded sports and leisure segment (merger of “athletics” and “leisure ”), both in value and number of shoes. It holds a 17% market share in value and nearly 25% in volume.

Campus sold 13 million pairs in 2021, generating $94 million in revenue. This was down slightly from the previous year’s revenue of $95 million, due to the pandemic, but sales are picking up again: Campus recorded revenue of $111 million for nine months ending December 2021.

Analysts expect Local Campus to benefit more as athletic shoes are the fastest growing segment of the footwear industry. And they believe that the demand for such shoes is well positioned to continue to increase. According to Technopak, per capita expenditure on leisure and sports products in India is only $1.9 compared to $33.8 in China and $227.3 in the United States.

This growth potential has attracted investment fund TPG and billionaire Anil Rai Gupta, who controls electrical equipment producer Havells. They invested in Campus in 2018 and continue to hold stakes of 7.6% and 2%, respectively, even after selling some of their shares in the IPO.

Despite its IPO, Campus remains a family affair. Agarwal’s son, Nikhil Aggarwal, 37, an industrial engineer from Purdue University, started working at Campus in 2008 and became CEO nine years later. Nikhil’s wife, Prerna, is the marketing manager. The founder’s wife, Vinod Agarwal, who led supply chain initiatives and a network of Campus athletic shoe manufacturers, served on the board until September 2021.