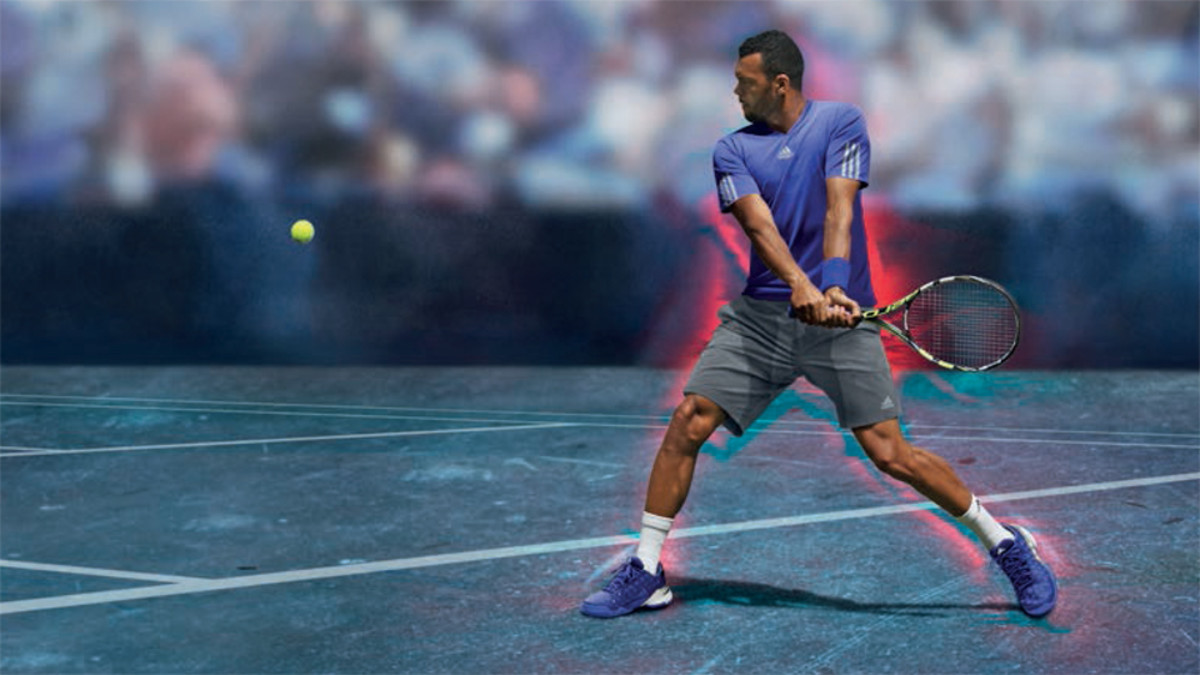 Talking about technology in clothes and tennis shoes

Don’t be distracted by the bright neon colors: tennis clothes are also very technical. From shirts, shorts and skirts to shoes, manufacturers continue to push the technical limits of tennis equipment, all without losing any aesthetic value, of course.

For a top, it doesn’t matter whether it’s a shirt for men or a tank top for women, staying dry – a tricky concept in bustling Melbourne, mind you – remains the main focus.

“Some might say that a shirt is a shirt, but there are some important differences between performance tennis shirts and a regular t-shirt,” David Malinowski, tennis category manager for adidas America, told SI.com. . The key to tennis, he says, is to use premium breathable and lightweight materials designed with maximum freedom of movement. The taping of the seams at the upper back and shoulders helps prevent the sleeves from puckering.

Nike has its Dri-Fit blend to wick away sweat, but adds laser perforations in key sweat areas for extra breathability. The Roger Federer polo shirt and the Rafael Nadal crew, for example, feature taped shoulder seams that are slightly lower than a typical shirt to improve range of motion.

On the women’s side, clothes such as the Maria Sharapova Nike tank tops feature a razorback design to free movement. The built-in bras help support.

For Novak Djokovic, Uniqlo has teamed up with fabric maker Toray to use Dry EX quick-drying technology. Constructed in a â€œspecial arch structure,â€ the material helps wick sweat away from the body faster. Of course, the addition of a mesh construction in the back and under the arms leaves a little more natural vapor.

Adidas shorts require even more attention to detail than a typical shirt. Questions of personal comfort come into play, from the length of the material to a knit versus a woven material. A knit is often softer and less structured, but woven materials are generally lighter. Most men’s tennis shorts, says Malinowski, have mesh to improve movement and slanted side pockets constructed of mesh or terrycloth to reduce weight and absorb sweat.

Sometimes the aesthetics of the clothes help to emphasize the technical nature of the clothes. Adidas’ Stella McCartney line of tennis for the Australian Open will dress Caroline Wozniacki in floral patterns. Ana Ivanovic and Daniela Hantuchova’s adizero outfits for women “will be bold and colorful with an x-ray effect with some shear zones.” These models help to highlight the technical differences in the materials.

For the feet, the key word in tennis is stability.

Adidas completely redesigned their main tennis shoe, the Barricade, for 2015. And they made this major overhaul with stability and durability in mind. After analyzing how tennis players move on the court, adidas slipped its stabilizer frame towards the midfoot and heel, freeing up the forefoot and giving the shoe greater flexibility near the front. This toe area also has a synthetic mesh shell for breathability.

Using mesh with a TPU overlay allowed adidas to retain its durability, but to improve the fit and create a lighter upper, Malinowski explains. The softer synthetic mesh also provides a faster break-in time and flexibility for players to tighten their shoes to reduce the risk of toe entrapment.

Top 10 scenarios to watch at the Australian Open, more mail

Some adidas athletes will opt for the Jo-Wilfried Tsonga-inspired adizero feather 3 climacool, a shoe with a synthetic upper and a mesh cage to wrap the forefoot with adidas climacool technology for cooling around the entire foot. A midfoot stability system and heel support combine with special cushioning under the heel.

The all-new Asics Gel-Resolution 6 emphasizes midfoot support to complement rearfoot stability, something elite players demand. â€œWe knew we could make that adjustment and appease even the best players,â€ Matt Donnelly, senior project manager at Asics, sports and training, told SI.com. â€œIt’s about making the right adjustments for the right reasons. “

To achieve this support, Asics adds a structural element – a lateral propulsion brace – to respond to lateral pressure exerted on the ball of the foot during tennis, allowing the foot to respond more quickly to movement.

On the outside, Asics opts for a carbon-reinforced, highly abrasion-resistant rubber compound for traction and durability.

New to the Australian Open, some Nike players will opt for the all-new Nike Zoom Cage 2, featuring Zoom Air units in the sole. Elite players such as Serena Williams chose the line with a raised “cage” upper that wraps mesh for extra support at the sides of the foot, but more flexibility and less weight elsewhere.

A mix of traction patterns increases grip on hard surfaces, and a thicker outsole on the ball of the foot and at the toe and a thinner sole where flexibility is important is the top priority. A synthetic leather heel adds lighter durability.

Nike dresses Roger Federer and Maria Sharapova in the Zoom Vapor Tour. This shoe has Zoom Air units in the heel, TPU wraps around the midfoot and heel for added stability and a textile upper for lightweight breathability.

Nadal wears Nike’s Lunar Ballistec, the lightest in the line. Flywire cabling helps support the foot, Lunarlon foam for cushioning, a synthetic leather and mesh upper for flexible durability, a TPU upper for midfoot support, and a herringbone pattern for traction.

While the Australian Open allows manufacturers to launch a new tennis product, the four major tournaments offer a new chance to revisit tennis technology. adidas, for example, has planned a new adizero shoe for later in 2015 and â€œnew technologyâ€ ready for the US Open.

Why the Panthers’ Thomas DeCoud owns hundreds of shoes