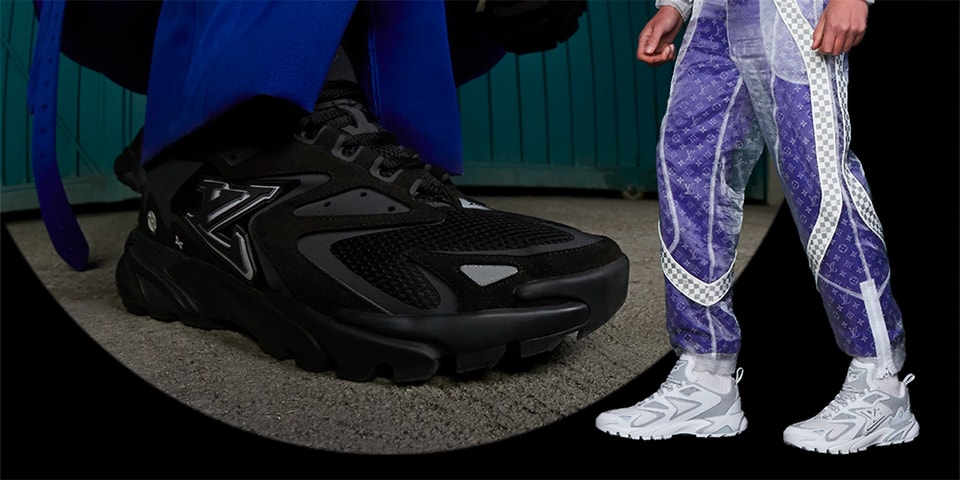 Earlier this month, marked the end of an era with the showcase of Virgil Abloh’s latest collection for the home, so in order to keep fans of the visionary designer in check, the brand decided to release their Spring/Summer 2022 LV Runner Tatic Trainer in the whole world. Previously, the sneaker was exclusively available at LV’s Miami menswear store, but the shoe has now appeared online and in stores across the UK in a variety of colors.

Starting with the signature green colourway, Louis Vuitton is also introducing all-white and all-black pairs alongside a “Mocha” iteration and another in a mix of blues, pinks and greens – the loudest of them all. . The style is made from a mix of materials, with mesh forming the base and suede panels overlays to give the shoe a retro runner aesthetic, which is accentuated by asymmetric LV branding to the center panel and toe. gelly rubber window on the tongue, both of which hark back to the more adventurous era of ’90s runners.

Iconic designs such as the LV flower monogram appear on the lower rear quarter, and “VUITTON” has been embossed into the midsole for additional branding. Another flower monogram adorns a diamond-shaped suede patch on the vamp, while the LV stamp has been placed on the heel to complete the pair.

Depending on the color you choose, pairs will cost £860 or £920 in the UK, or $1,220-$1,300 in the US, where there are also other special colourways. Take a closer look at the LV Runner Tatic above and shop the range on Louis Vuitton’s UK website and in its stores now.

These are the shoes – Medford News, Weather, Sports, Breaking News

StockX Vault NFT sneakers: what are they and what’s next