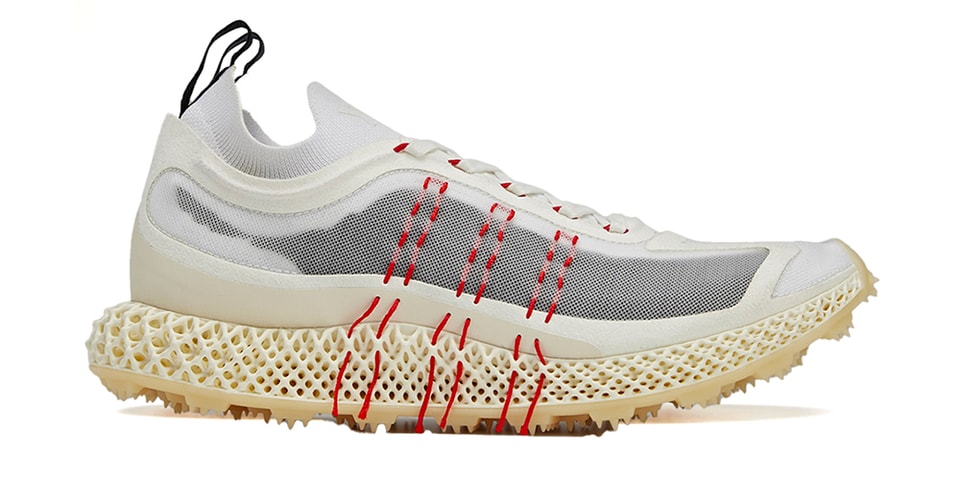 2022 marks the 20th anniversary of Yohji Yamamoto and ‘ Y-3, and today the brand unveiled the latest series of shoes from the collaborative line, focusing specifically on the leading Y-3 Runner adidas 4D Halo.

Available in “Core White/Red/Bright Cyan”, this 4D-equipped mid-top runner follows a slew of futuristic and technical sneakers from Y-3 in recent years. From 2018’s RUNNER 4D to the 2019 pair that launched the first “Bone” color midsole, Y-3 served as a vessel for footwear experimentation, and the new iteration is no different.

What’s special about the new Y-3 Runner adidas 4D Halo is that it mixes the old with the new. For example, the three “red” stripes on the center panel are made from yarn and are a nod to archival pairs that featured similar stripes, but by weaving them into the 4D midsole the pair is also introduced into the modern world.

Elsewhere, the upper is semi-transparent and is crafted from a micro-mesh covered in a technologically engineered structural material that works across the toe, vamp and eye tab, giving substance to the shoe. Another purpose-built lightweight material works the heel and mudguard, while the collar and tongue are knitted in ‘Core White’ and are completed with Y-3 branding.

The futuristic sneaker is completed with a canvas heel strap and, of course, that sole unit which has been outfitted with a Y-3 Continental gum rubber outsole adorned with sculptural nodules for added grip.