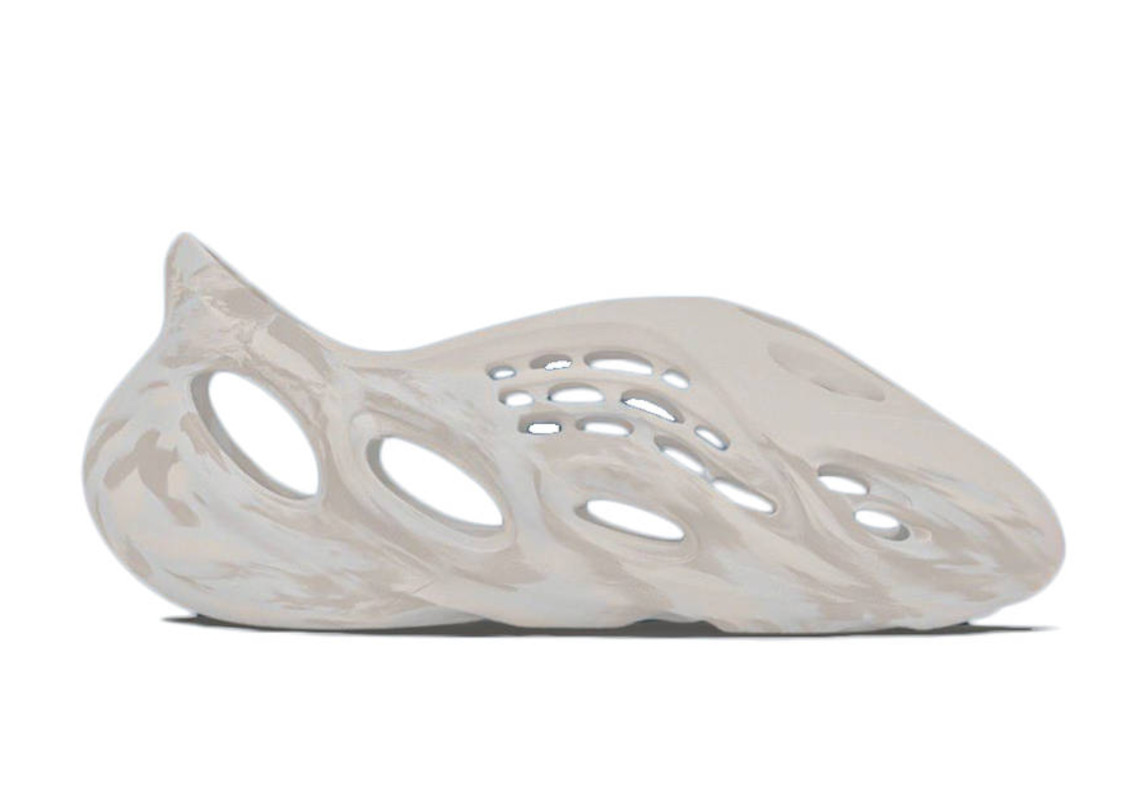 Fresh off his ‘DONDA 2’ album, the alum known as ‘Kanye West’ indirectly unveiled yet another colorway of the ever divisive adidas Yeezy Foam Runner.

Dubbed “Stone Sage,” the newly remade Yeezys align with some of the brand’s most recognizable styles, as a lightweight “Stone” takes over the entire shoe. Closer inspection, however, reveals slight gray streaks from the toe cap to the spine, which not only interrupts the uniform arrangement, but also adds another “MX” count to the adidas Yeezy lineup. While “mixed” colorways aren’t new to the slip-on silhouette, their runs have been far more prominent on past offerings. Nonetheless, the Yeezy Foam Runner retains its standard construction, with the aforementioned pattern being most prominent throughout the crater-laden outsole.

Enjoy a quick preview of the upcoming pair, courtesy of Instagram user @ny2calikicks, and anticipate a March 11th launch for a $90 USD raise.

For more on the Three Stripes, check out upcoming releases of the adidas NMD S1.

Be sure to follow @kicksfinder for live tweets during the release date.