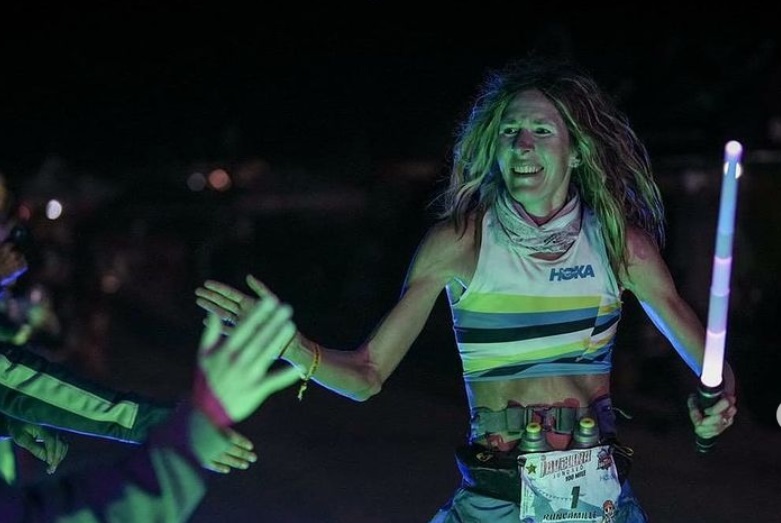 The holder of the 50 and 100 mile world records, Camille Heron, became the youngest runner to join the 100,000 Lifetime Miles club. At 40, she’s had an illustrious running career in marathons and ultras, but on Thursday night she completed her 100,000th lifetime mile surrounded by her friends and family.

Although there are no official records for such achievements, 100K Lifetime Miles uses the honor system. Herron started tracking her mileage on her wall calendar in 1995, when she was in high school. She then transferred her miles into an Excel spreadsheet, which she still uses today.

Herron is the 117th runner to join the club.

As she finished her run, Herron was thrilled with the achievement but immediately said, “Let’s keep going,” in typical ultrarunner fashion.

She said she would celebrate the accomplishment with a steak dinner and maybe donuts after the race.

In February, Herron broke his 100-mile world record of 12:42:40 at the Jackpot Ultras in Nevada. She is also the only ultrarunner to have won the three world championships of 50 km, 100 km and 24 hours.