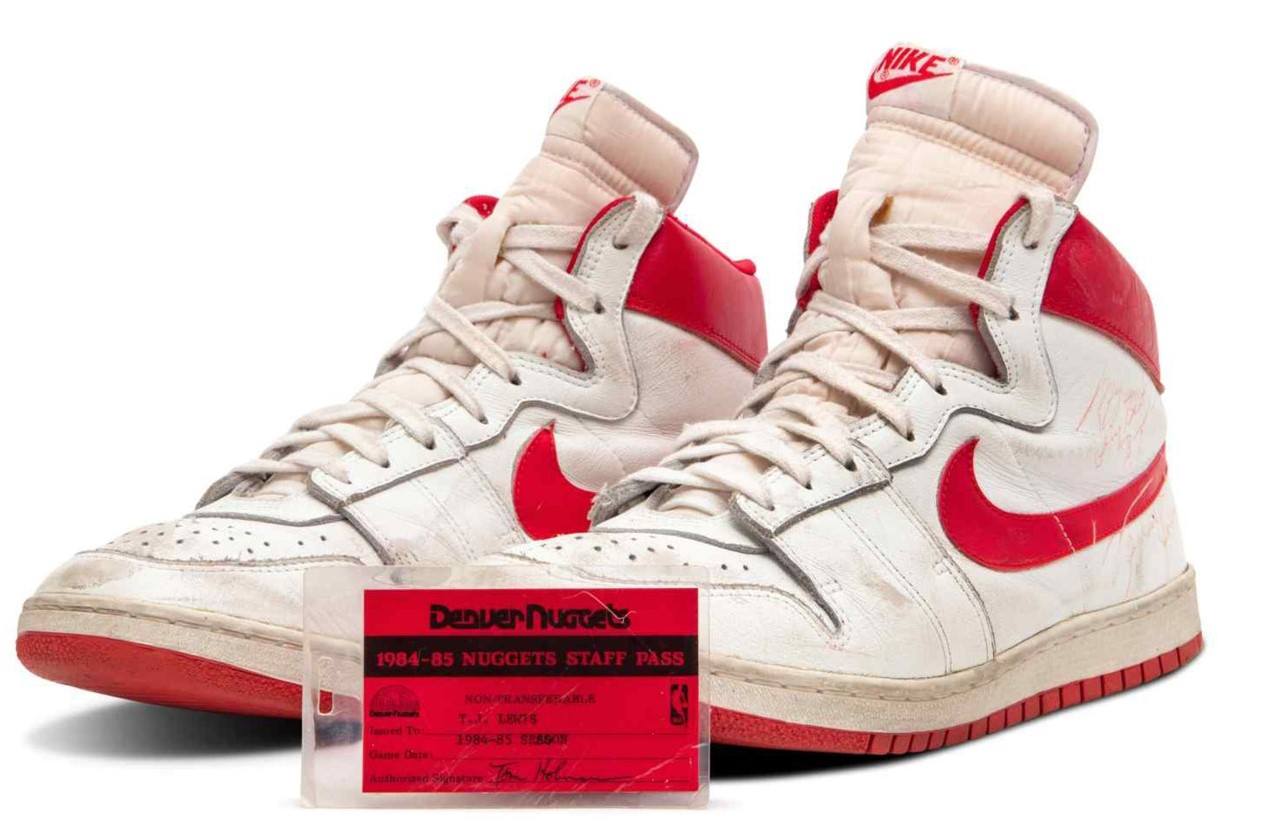 A pair of sneakers worn by Michael Jordan in his Chicago Bulls debut broke the public auction record on Sunday. The sneakers sold for $ 1.472 million. Subsequently banned by the NBA, the notorious design of the sneakers sparked sales of Nike’s Air Jordan 1.

Last year, Christie’s auctioned off a pair of Air Jordan 1s for $ 615,000. Michael Jordan wore the sneakers to an exhibition match in 1985 in Italy. It was the perfect time for a record-breaking sale, just months after the popular documentary Jordan, The last dance.

Today’s sneaker auction, however, is more than just a testament to Jordan’s place in basketball history. These sneakers have also made marketing history.

Banned by the NBA

After playing his fifth game with the Chicago Bulls, Jordan gave his playing sneakers to the Denver Nuggets ball catcher. While time and history generally dictate the value of sporting collectibles, the significance of these particular Jordan Air Ships was immediate.

At the time, the NBA required players to “wear shoes that not only match their uniforms, but also the shoes worn by their teammates.” Obviously, the colorful air ships broke these rules. therefore, the NBA warned Nike and threatened to fine Jordan $ 5,000 for every game he wore them.

They say there is no bad publicity. To prove this point, Nike turned the NBA “ban” into a marketing boon. Everyone wanted the NBA banned sneakers.

Sports memorabilia has been one of the hottest auction segments. Cards, trophies and sneakers have been breaking auction records for a few years. But the latest Sotheby’s auction shows just how coveted sporting collectibles have become.

While Sotheby’s usually holds its auctions in cities like Paris, Milan and New York, this auction has taken place in Las Vegas. The location was largely influenced by MGM Resorts. The casino conglomerate has put eleven of its Picassos up for auction. The paintings grossed nearly $ 110 million on Saturday.

Michael Jordan sneaker collectors had two pairs to consider. For those who couldn’t afford the record-breaking aerial ships, Sotheby’s had a more reasonable option. A pair of 1985 Air Jordan 1s sold for $ 100,800. The â€œplayer sampleâ€ sneakers, produced exclusively for Michael Jordan, have never been worn.

Sneakers are so hot that dealers live off coveted models