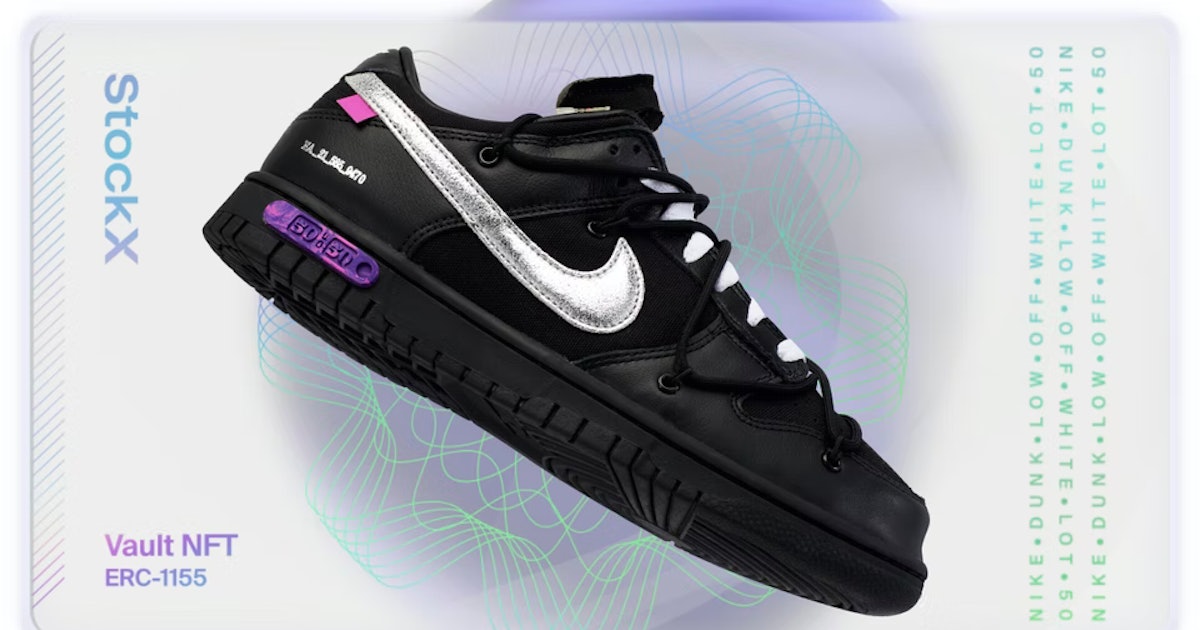 StockX responds to Nike lawsuit, says its NFTs ‘are not digital sneakers’

StockX has released a public response to Nike’s NFT lawsuit against the resale platform. While claiming the lawsuit is “without merit,” StockX insists its NFTs”are absolutely not “virtual products” or digital sneakers” [emphasis theirs]. The company is citing the fair use and first name sale doctrines of trademark law to argue that its sale of NFTs based on Nike sneakers is legal.

StockX’s first entry into the metaverse came in mid-January when it released a series of sneaker NFTs comprised almost entirely of Nike designs. Later releases brought tokens for other sneakers and streetwear collectibles, and each NFT is tied to a physical product held in StockX’s “vault.” NFT holders can redeem and relinquish ownership of their tokens in exchange for the corresponding physical proceeds – although when and how users might do this was not initially specified, this is just one of many issues surrounding StockX’s entry into the NFT market.

Nike filed a lawsuit against StockX within two weeks of the launch accusing the defendant of trademark infringement and trademark dilution. Lawyers for the sportswear giant say StockX engages in “blatant freeriding, almost exclusively, on the back of Nike’s famous brands and associated goodwill” and is likely to confuse customers who think that Nike supports the initiative.

StockX is not backing down — After already taking legal action against a number of independent shoe designers who market sneakers that are customized or heavily based on existing models, Nike has turned its attention to StockX transactions in the metaverse. Nike has its own plans to release sneaker NFTs after acquiring digital sneaker brand RTFKT Studios, plans that its lawyers say are jeopardized by the actions of StockX.

The most recent defendants in the Nike lawsuits, with the exception of John Gieger, settled out of court before a decision could be made by a judge – likely due to a significant imbalance of resources compared to the multi-billion dollar business. . StockX, however, should be well equipped to deal with legal action in its defense. Its latest funding round values ​​the company at $3.8 billion, making it the most valuable player in the sneaker resale market besides eBay.

StockX says its NFTs are just a way to “track ownership of physical products and save [its] customers’ time and money while reducing the environmental impact of repeat shipments. He further argues that what he does is no different than any platform that uses images to accurately describe products for sale.

The difference, however, is that StockX’s NFTs cost a lot more than just buying the corresponding sneaker. A coveted pair of Nike SB x Ben & Jerry’s Dunk Low “Chunky Dunky” can be purchased on StockX for around $1,500, depending on size. The corresponding NFT sold for as much as $5,000, suggesting that buyers place a different value on tokens than just a representation of a physical good.

NFTs are inherently cranky, no matter what anyone investing in them might tell you, but we may have to turn to the courts to see if StockX’s activities in the metaverse rise to the level of illegality.

Why financial literacy matters, from saving to paying off debt