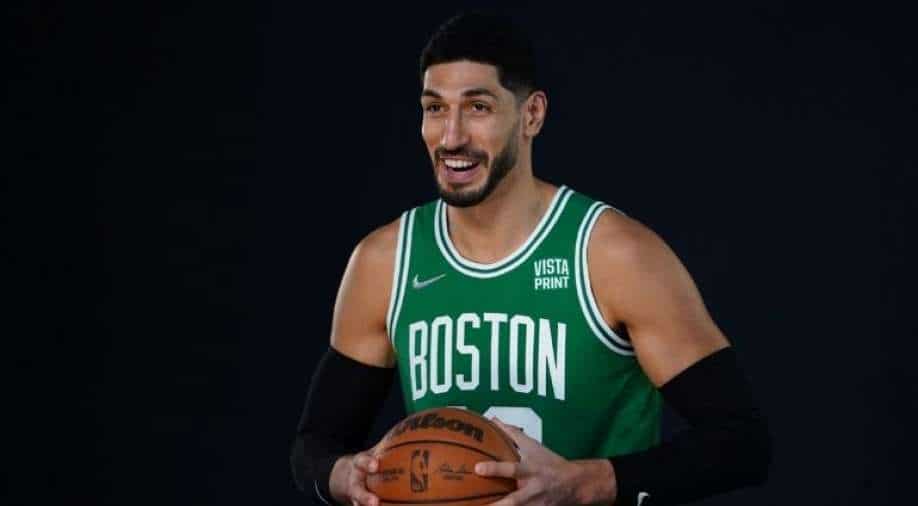 â€œXI JINPING and the Chinese Communist Party Someone needs to teach you a lesson, I will NEVER apologize for telling the truth. You CANNOT buy me. You CANNOT scare me. You CANNOT silence me. Bring it on !! â€tweeted Kanter, who is Turkish and has a history of activism.

Kanter wore the red and white sneakers on the bench in Sunday’s game against the Houston Rockets.

Kanter, who did not participate in the game, wore sneakers with an anti-China slogan for the third time last week.

The shoes were designed in collaboration with Badiucao, a dissident designer originally from Shanghai and based in Australia whose Hong Kong show was canceled in 2018.

The first pair, which was worn on Wednesday, featured an inscription that read “Free Tibet”.

“Free the Uyghurs,” read the second, which was donned on Friday.

Kanter was pictured clutching the head of cartoon character Winnie the Pooh in the most recent pair.

(With contributions from agencies)