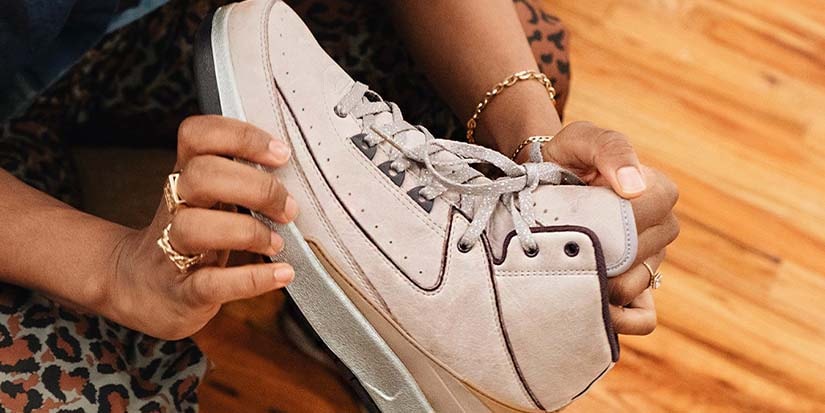 The best vintage sneakers of the early 2000s

From Blumarine’s comeback in the spotlight to pop-punk invading our playlists, things are back and stronger than ever – and that could be good news for sneaker enthusiasts.

The early 2000s were an experimental period in the sneaker world in particular. Clean designs, wedges and mules reigned supreme, while classic silhouettes were reinvented with futuristic upgrades.

From the Vashtie x Air Jordan 2 to the Nike Air Max 95 Z, read on for five silhouettes we’d love to see return to the shelves.

Designed by Martin Lotti in 2002, the Nike Air Max Craze was a revolutionary design. The sneaker / sandal hybrid marked Nike’s very first slingback, and with 2022 marking the silhouette’s 20th anniversary, the timing couldn’t be more perfect.

Teyana Taylor and adidas teamed up on this GLC copper promotion in 2013. With a high-rise construction similar to some of Jeremy Scott’s sneakers, could the shoe re-launch into a Teyana x Jeremy x adidas collaboration in the future?

In 2001, the Nike Air Max 95 Z received mixed reviews. With avant-garde designs experiencing a resurgence in popularity, the model would serve as the perfect canvas for a designer collaboration. We would like to see sacai or AMBUSH add their touch to the silhouette.

A versatile DJ, director and designer, Vashtie Kola was the first woman to have a collaboration with Air Jordan. The time has come for a return of the 2010 version given the rise in popularity of the AJ2 thanks to the collaborative models of OFF-WHITE ™ and UNION LOS ANGELES.

Clogs and mules had a big year in 2021, thanks in part to Marni’s plush Fussbett, Fear of God California, and Salehe Bembury’s redesigned Crocs. The model hasn’t seen a release since 2014, making them quite expensive in the resale market.